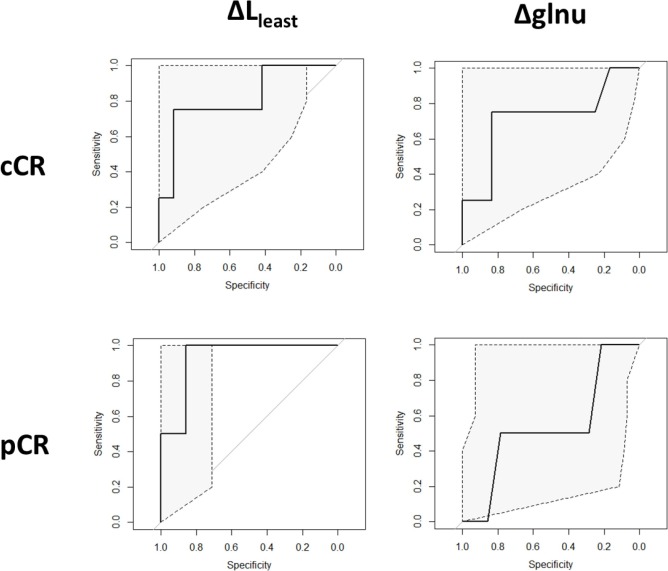 A total of 43 LARC patients were enrolled: Gross Tumour Volume (GTV) was delineated on T2/T1* MR images acquired during MRgRT and the two delta features were calculated.
Receiver Operating Characteristic (ROC) curve analysis was performed on the 16 cases of the original study and the best cut-off value was identified. The performance of ΔLleast and Δglnu was evaluated at the best cut-off value.

The accuracy of ΔLleast in predicting cCR and pCR is significantly higher than those obtained considering Δglnu, but inferior if compared with other image-based biomarker, such as the early-regression index. Studies with larger cohorts of patients are recommended to further investigate the role of delta radiomic features in MRgRT.